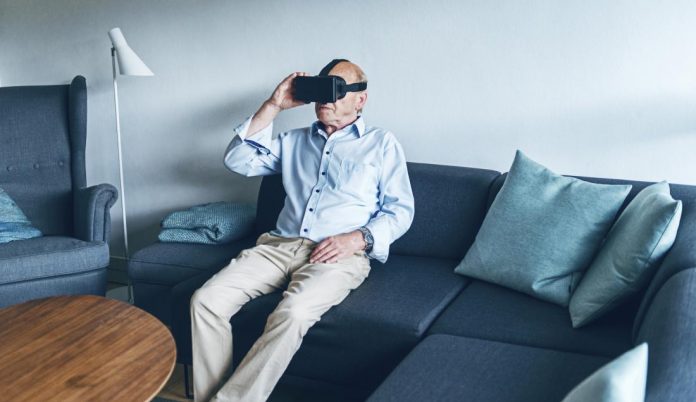 New research that was aimed to showcase the potential of new technologies to diagnose disease has suggested that virtual reality may play a crucial role in monitoring Alzheimer’s disease.

Dementia is a general term to describe the impairment of cognitive functions such as memory, thinking, and communication.

The cognitive decline associated with dementia is progressive, and people may go through different stages.

Mild cognitive impairment (MCI) is an early stage of dementia, but some people with MCI do not develop Alzheimer’s disease.

MCI can result from anxiety or normal aging, so it is important to establish the cause to evaluate the risk of dementia.

Alzheimer’s is the most common type of dementia. According to the World Health Organization (WHO), about 50 million people in the world suffer from dementia.

Statistics show that around 10 million people are diagnosed with dementia every year, and 60–70% of these new diagnoses detect Alzheimer’s disease.

The basic assessment of dementia has been made with a set of cognitive tests, but recently researchers have been exploring the potential of new technologies to monitor the condition.

A new study from Cambridge University in the United Kingdom – the results of which now appear in the journal Brain – shows that virtual reality (VR) may be more accurate than standard tests.

The entorhinal cortex is part of an internal “satnav” that helps us move around and not get lost; it is also one of the first regions of the brain that Alzheimer’s disease damages.

Prof. John O’Keefe, from University College London (UCL) in the U.K., discovered this positioning system in the brain and subsequently won a Nobel Prize in Physiology or Medicine.

Current cognitive tests don’t seem to be able to detect these navigation difficulties, so a team of researchers at the Department of Clinical Neurosciences at the University of Cambridge – in collaboration with Prof. Neil Burgess at UCL – developed a VR navigation test.

The researchers recruited 45 people with MCI and 41 people without it. They gave them all a VR headset and asked them to walk in a simulated environment.

To look for biomarkers of Alzheimer’s disease in people with MCI, the researchers took samples of their cerebrospinal fluid (CSF). Twelve of the participants tested positive. Overall, those with MCI performed worse on the navigation test than those without MCI.

“These results suggest a VR test of navigation may be better at identifying early Alzheimer’s disease than tests we use at present in the clinic and in research studies,”

Developing future drugs with the help of VR

If the initial animal trial is successful, the next stage involves human participants. The test usually includes word and picture memory tests. The difference between the animal and human test represents a big problem for trials because results are hard to compare.

Chan and colleagues are working to develop apps for smartphones and smartwatches that track changes in everyday activities and detect early signs of Alzheimer’s.

We live in a world where mobile devices are almost ubiquitous, and so app-based approaches have the potential to diagnose Alzheimer’s disease at minimal extra cost and at a scale way beyond that of brain scanning and other current diagnostic approaches.