This week, all of the monks at a small Buddhist temple in central Thailand were defrocked and sent to rehab after testing positive for methamphetamine.

On Monday, police required all four monks of a monastery in Bung Sam Phan district of Phetchabun province to conduct urine tests as part of a string of criminal scandals involving monks in Thailand, where authorities are reporting record-breaking quantities of synthetic substances. Along with the abbot, all four of them failed.

While Thailand is home to over 300,000 monks, it is also a major transit country for methamphetamine and has seen a major increase in the volume of methamphetamine passing through in the recent years. This is not the only instance of Thai monks disobeying the law; recently, there have been other high-profile arrests and scandals involving the country’s clergy in connection with corruption, murder, and drug trafficking.

According to the United Nations Office on Drugs and Crime (UNODC), in Thailand meth pills, called Yaba, sell on the street for less than 20 baht (around $0.50). “Meth and particularly Yaba can be easily found in every corner of [Thailand] — supply is up everywhere, and at this point a tablet is cheaper than a beer.”

In 2021 authorities from the Golden Triangle have collectively seized nearly 172 tons of methamphetamine and more than 1 billion Yaba tablets. Record meth seizures are being made across Southeast Asia, with Hong Kong making its biggest ever seizure of meth, 1.8 metric tons of liquid meth hidden in cartons of coconut water en route for Australia. 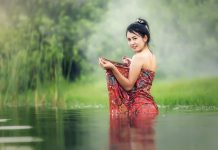