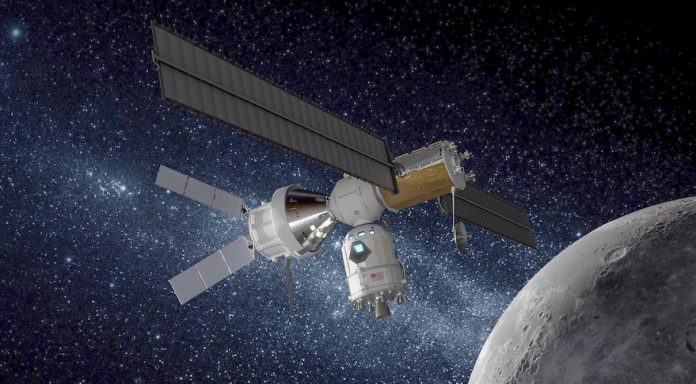 Members of Congress are questioning NASA representatives over the agency’s failure to deliver a plan for getting back to the Moon within five years. The plan was supposed to be ready by mid-April but NASA officials say it’ll probably be a couple more weeks until the details are finalized and delivered.

On March 26th, Vice President Mike Pence challenged NASA to return humans to the surface of the Moon by 2024 during a speech at a meeting of the National Space Council. It marked a significant change in deadlines for NASA, which had been targeting 2028 for its first human landings on the lunar surface. But Pence said that NASA had a plan to accelerate these landings and that NASA administrator Jim Bridenstine had divulged the details five minutes before the speech.

However, Pence did not go into those details, and they’ve remained mostly unknown ever since. On April 2nd, Bridenstine told the House Science Committee that NASA was developing an amendment to the president’s budget request that would include cost estimates and details for meeting the administration’s challenge. When asked if NASA could deliver the amendment by April 15th, Bridenstine said that the agency would “get really close.”

The lack of planning is postponing the Moon landing project

It’s now been over three weeks since April 15th. Today, members of the House Science Committee expressed their frustration over the fact that the amendment isn’t ready yet. “The lack of planning evidence so far is no way to run our nation’s human space exploration program,” Rep. Kendra Horn (D-OK) said during a hearing of the committee today on NASA’s deep space exploration plans. “The 2024 missive left NASA in a tizzy scrambling to develop a plan and hastening to pull together a budget amendment that still has not been delivered to Congress.”

Horn demanded to know why the amendment isn’t ready yet during today’s hearing. “We recognize that this is a really serious challenge we have to weigh in front of us, and we need a really solid plan,” William Gerstenmaier, NASA’s associate administrator for human exploration and an expert at today’s hearing, responded. He added: “We need to make sure it’s all integrated and all put together in a way that really makes sense.”

Gerstenmaier noted that the amendment also has to get approval from the White House, which may also be slowing things down. However, he claimed that details will be ready soon. “We’re probably several weeks away, maybe a week to two weeks away from being able to give you a plan,” he said.

NASA is facing challenges with its Moon program

Bridenstine did say during a Senate hearing last week that the Moon program will not exceed more than $8 billion extra a year, as some reports have indicated. But when Rep. Mo Brooks (R-AL) asked how much money Congress could expect to see in the amendment, NASA’s experts at the hearing wouldn’t budge. “At this point in time it’s still under discussion,” Mark Sirangelo, a special assistant the NASA administrator tasked with getting the agency to the Moon, said at the hearing.

Up until now, NASA officials have only given a broad overview of how this faster lunar return will work. The plan will seemingly incorporate most of the vehicles and hardware that NASA had planned for a 2028 Moon mission, just on an accelerated timeline. NASA hopes to create a station around the Moon called the Gateway, which will serve as platform for astronauts to travel to and from the lunar surface. The agency is also developing a giant rocket called the Space Launch System, and a crew capsule called Orion that will transport astronauts to the Gateway. And NASA will also need new human lunar landers that can take people from the Gateway to the Moon’s surface.

NASA’s need for speed in space

Administrator Bridenstine has noted that all of this architecture will be needed for a faster lunar return, but that NASA will emphasize getting things done quickly. “The first phase is speed,” Bridenstine said during a speech at the Space Symposium in April. “We want to get those boots on the Moon as soon as possible.”

Details of how NASA plans to meet that need for speed should come in the new budget amendment. In the meantime, some important development is at a stall at NASA while the agency figures out its next steps. When asked by Horn if NASA had appropriate lunar spacesuits for the upcoming Moon mission, Gerstenmaier said that the agency would develop new ones once it had an idea of what the astronauts will be doing on their first mission. “Then, based on that, we’re going to probably develop a suit to move forward in that direction,” he said.

Even once that plan is finalized, there is still uncertainty moving forward. Any budget that NASA and the White House come up with for the 2024 Moon plan must be approved by Congress, and representatives are clearly frustrated already. “At present we have a White House directive to land humans on the Moon in five years, but no plan, and no budget details on how to do so, and no integrated human space exploration roadmap laying out how we can best achieve the horizon goal, Mars,” said Horn. “In essence, we’re flying blind.”