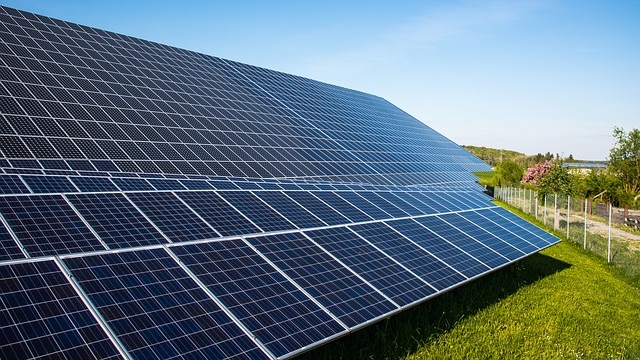 Companies say they are close to commercializing cheap perovskite films that could disrupt solar power. Tweaks make more efficient solar cells that can be printed or painted onto anything.

Two recent innovations are boosting prospects for a new type of solar-energy technology. Both rely on a somewhat unusual type of crystal. Panels made from them have been in the works for about 10 years. But those panels had lots of limitations. New tweaks to their design might now lead to better and potentially less costly solar panels.

Photovoltaic (FOH-toh-voal-TAY-ik) panels convert sunlight into electricity. One tweak to the materials designed for use in the new type of panel would let them tap more of the energy in sunlight. A second advance makes it easier to stack layers of this material into a sandwich. Each layer is most sensitive to different wavelengths, or portions of sunlight. Stacking the layers should harvest more incoming light.

They unveiled new developments in October 2019 to reporters who came to the Society of Environmental Journalists annual meeting. It was held in nearby Fort Collins, Colo.

A big industry already exists to make solar panels. Today, almost all are made from thin but rigid wafers of silicon. Silicon, the basis of sand, is cheap. But making wafers from it is not. The wafers must be manufactured in carefully controlled conditions. And the finished solar panels won’t bend.

In contrast, the new solar panels are made with manufactured crystals called perovskites (Puh-RAHV-skytes). These crystals contain some element with properties like bromine or iodine, plus a metal and other ingredients. A liquid mixture of these can be painted or rolled onto any surface.

As the liquid quickly dries, crystals form. The crystals line up in a way that makes them work well as semiconductors — materials that sometimes conduct electricity. Yet they’re much easier and quicker to make than the crystals in panels of silicon-based solar cells.

So covering sheets with these crystals might one day be as fast as printing ink onto rolling panels of paper. But instead of ending up with a newspaper, you’d end up with solar panels — ones that might be as flexible as a magazine page. Or, the perovskite liquid might be painted onto a structural surface. This could turn the sun-facing wall of a building into a massive solar panel.

Getting more efficient and fixing the bugs

Photovoltaic materials usually work well with only certain wavelengths of sunlight. Which wavelengths work best depends on what the materials are made from. Lead-based perovskite crystals work well in the deep-red to near-infrared range.

Joe Berry is a physicist at NREL. He and others knew tin-based perovskites could produce power from lower-energy infrared wavelengths. But they weren’t very efficient. And the material broke down quickly.

So him and his team tried a number of fixes.

The one that worked best: Add a chemical called guanidinium thiocyanate (Gwahn-ih-DIN-ee-um Thy-oh-SY-uh-nayt). Biochemists often use it in the lab to protect bits of genetic material. Here, Berry’s team added it to improve the structure of crystals that touch surfaces. This tweak also let the solar cells harvest sunlight for a bit longer. Both innovations boosted the ability of the solar panels to produce electricity.

“There was a lot of stuff that we tried,” Berry says. But such trial and error, he adds, “was required to come up with the ultimate solution.” Crystal panels made with just the tweaked tin material were 20.5 percent efficient in NREL’s tests. That means they harvested one-fifth of the incoming sunlight.

The solution for photovoltaic energy

The team also tested multi-layered solar panels. One layer was made from the improved tin-based crystals. A second, lead-based layer was most sensitive to other wavelengths of light. The layers work in tandem. That is, they work together, side-by-side. This upped the panel’s overall efficiency to between 23 and 25 percent. Until then, the best a tin-lead combo had been was 16 to 17 percent efficient, says David Moore. He’s a materials scientist, also at NREL. The NREL team shared its new data in the May 3, 2019, issue of Science.

To solve the problem, the researchers added a nanometer-thick divider between the two layers. (A nanometer is one billionth of a meter.) They chose a polymer — a chemical made from long chains of repeating groups of atoms. (Many plastics are polymers.) This nano-divider helped prevent damage to the bottom layer as the top perovskite layer went on. The NREL team described this fix in the September 18, 2019, issue of Joule.

Both studies “make great progress in high-performance tandem solar cells,” says Zhiqun Lin. This materials scientist at the Georgia Institute of Technology in Atlanta did not work on either project. Tweaking the recipe for the tin-based crystals gave them more time to harvest sunlight. That was “novel” and should make them more “practical,” Lin says. He also lauds the nano-divider for overcoming that second problem in layered solar panels.