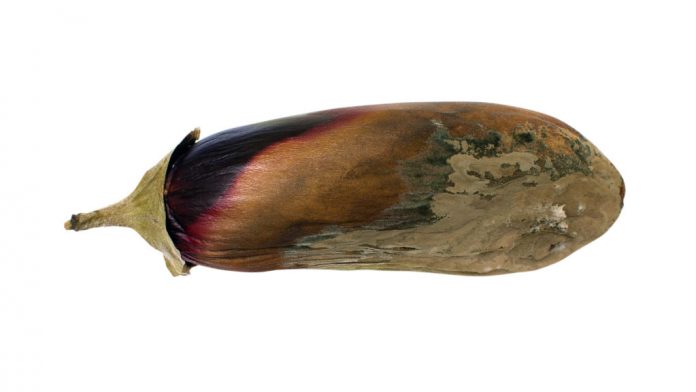 In 2010, an undergraduate in Durban, South Africa, found herself scraping muck from the underside of a partially decomposed eggplant. It was, in a sense, homework. She was taking a University of KwaZulu-Natal course on viruses that attack bacteria, and a semi-rotten vegetable seemed like a good place to find them. The “enriched soil sample,” she wrote, was dark and moist, wriggling with worms and other spineless lovers of decay.

The sludge proved lively on a microscopic level, too, and the student had soon picked out exactly what she was looking for: a never-before-described bacteriophage virus that kills certain mycobacteria. She named it Muddy and got on with her life, earning more degrees, landing a job at a communications agency. Muddy, meanwhile, landed in a lab freezer in Pittsburgh — one frost-filigreed tube among thousands.

But then, on Wednesday, a paper published in Nature Medicine pulled Muddy and two other viruses out of their frozen obscurity. These bacteriophages, the authors reported, beat back an antibiotic-resistant infection festering inside a 15-year-old in London. The patient wasn’t completely cured, but after more than six months of injections and topical treatments, she’d gone from bed-bound and tube-fed to school-attending and sushi-eating — a remarkable result given that some elements of her “phage therapy” had not previously been tested in humans.

And of the three viruses that helped, Muddy’s origin story is by far the most conventional.

For months already, excited whispers about this news have been spreading, with cryptic hints dropped at conferences, rumors passed from biologist to biologist, academic to entrepreneur. “I kept hearing tidbits,” said Jessica Sacher, who runs a directory that connects clinicians and patients looking to try phage therapy as an experimental last resort with the microbiologists who keep collections of the viruses. “Some other researchers were saying, ‘Just wait, there’s going to be the first report of engineered phage in therapy soon.”

But as with all such case reports, the impressive details of how this work was accomplished — on top of the eggplant scraping, it involved a chance encounter in the Republic of Georgia, a close examination of some bird guano, and a loophole in British regulation of genetically modified organisms – make clinicians wonder to what extent the development can be scaled up to help combat the global crisis of antibiotic resistance.

“I still have real reservations about whether this kind of approach could be developed into something that could be usable on a large scale,” said Dr. Marcia Goldberg, an infectious disease specialist at Massachusetts General Hospital. “The amount of science that needs to go into developing a therapeutic against any single strain is huge.”

The viruses that cured the teenager in need

For the teenager in question, it all began with a double-lung transplant. She’d been born with cystic fibrosis, a genetic disease that clogs the chest with mucus, allowing opportunistic bacteria to invade. The surgery itself, at Great Ormond Street Hospital, in London, was uncomplicated, and her doctors had blasted her bloodstream with antibiotics to keep any infections at bay. But the intravenous drugs gave the teenager severe nausea, diarrhea, and anorexia, and had to be stopped.

Within a week, the surgical wound became red with infection. It turned out Mycobacterium abscessus, a slow-growing cousin of tuberculosis, was proliferating in her fluids, organs, and skin. The physicians tried all of the antibiotics they could, but the medications caused liver damage and didn’t have much effect. “Imagine your liver enlarging and coming down all the way to your groin area — that’s painful,” said Dr. Helen Spencer, the lung specialist in charge of the case.

In the nine months after the transplant, Spencer watched her patient go from a sociable teenager to one who spoke only in monosyllables, if she talked at all. The medical team had no hope that she’d recover. She couldn’t eat. All they could do was to send her home with palliative care, so she could see her friends and her dog as she waited to die.

It was at this point that the patient’s mother brought up the idea of phage therapy. Spencer didn’t know much about it, but there was a hospital microbiologist, Dr. James Soothill, who’d worked on the viruses and agreed to help.

So, late in 2017, when Spencer told Soothill about this teenager’s desperate situation, he sent an email to Hatfull’s lab at the University of Pittsburgh. The place had become an international repository for phages through a program Hatfull had helped develop in which college students around the world isolate and identify phages, learning about biology while expanding knowledge about these viruses that thrive by the trillions within and around us. Contributing to the scientific literature, he believes, is a lot easier than most people tend to think. “You don’t need to be a rocket scientist, you don’t need a Ph.D. — in fact, you don’t need anything,” he said. “You just need to have a scintilla of curiosity and you can come discover something new.”

That was how Muddy ended up in his freezer, alongside more than 10,000 other viruses. Now, Hatfull agreed to look for a few that might help the English adolescent, so Soothill shipped him a smudge of the bacteria that was killing her.

The trouble is that phages are notoriously picky, infecting only very specific strains of very specific bacteria. And most of Hatfull’s viruses were parasites of Mycobacterium smegmatis, a whole different species from the Mycobacterium abscessus that was multiplying inside the patient. They needed to find viruses that were versatile in exactly the right way.

While sifting through the vials in his freezer, he also sent out members of his lab to collect yet more soil and sludge. They visited flowerbeds and compost heaps, collected bits of poop from chicken and duck farms.

But the only phage they could find that would work came from the freezer. It was Muddy.

His concern was that giving a single phage as therapy would allow the bacteria to quickly evolve resistance to it. He needed at least two more, to make a cocktail. “We have one good one,” he remembers thinking. “Where on earth are we going to get anything else?”

His team knew that they had other phages that were active against the patient’s bacterial strain — they just weren’t very good at killing it. Some of them slipped peaceably inside its genome; others did a little damage but hardly made a dent in a Petri dish full of bugs. “With a phage that kills efficiently, all the cells are dead,” Hatfull said. “You could read a newspaper through the hole it’s made in the lawn of bacteria.”

These ones just made little cloudy spots.

So they chose a few of them, and began tinkering with their insides. The technique they used took advantage of the microbial proclivity for rearranging genetic material – “They’re willing and able to exchange their genes,” Hatfull said — to delete the bits of DNA that suppressed these phages’ murderous instincts. Without those pieces, they were free to replicate like crazy, the asexual equivalent of rabbits, causing their host cell to explode.

For one of the viruses, they also looked for mutants among the population that proved especially efficient, using a toothpick to select the best killers of the lot.

According to Hatfull, it was the fact that they had erased part of the viruses’ genetic code, without adding anything, that allowed them to get those two phages through regulations on genetically modified organisms and send the live cocktail to London, where it was first used on the patient’s external wounds, and then injected into her bloodstream. During the first two days of treatment, she felt sweaty and flushed, but the doctors didn’t find any other side effects.

Slowly, the surgical wound on her chest began to close. The redness faded. The infected lumps in her skin flattened out into scars. The bacteria disappeared from her blood serum and her phlegm, the colonies in her organs began to subside. Nearly a year later, the mycobacteria are still present in some of her skin nodules, but she’s eating, writing exams, learning to drive.

Spencer worries about the phage resistance they’ve seen when they’ve taken the fluid from the last remaining skin lumps and tested it in the lab, so Hatfull has been looking for new viruses to add into the mix.

Companies are now trying to develop phage cocktails – some personalized, some pre-packaged, some natural, some engineered — into biologic drugs. Many say that studies in humans are imminent. But it’s still unclear whether the companies will be able to amass the kind of evidence needed to get these treatments approved.