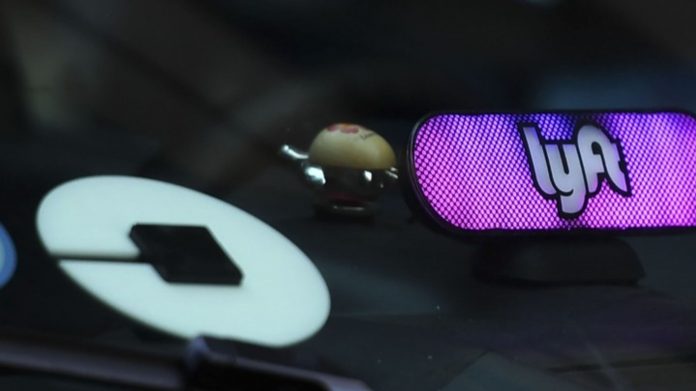 Ride-hailing drivers in more than a dozen cities plan to strike on Wednesday ahead of Uber’s highly anticipated Wall Street debut.

The strikes are expected to happen across major US cities, as well as parts of the United Kingdom, Australia and South America. Participating drivers say they intend to send a message to Uber and its rivals: They want livable incomes, job security and regulated fares, among other demands.

In San Diego and Los Angeles, drivers are slated to cease working for 24 hours. In Atlanta, workers plan to log off ride-hail apps for 12 hours. And in New York City, there is a two-hour strike planned from 7 am ET to 9 am ET, which are busy commuting hours.

In addition to powering off their apps, drivers will hold rallies held in strategic places, such as outside local Uber offices.

The collective action comes on the heels of a March strike in several California cities over recent pay cuts, which took place before Lyft  went public. That was organized by Rideshare Drivers United, a group that advocates for Los Angeles-based workers.

The same group planted the seed for Wednesday’s protest, and many more local worker groups have announced similar strikes in solidarity. It is expected to be the biggest internationally coordinated effort against the ride-hailing companies to date.

Why are Uber and Lyft drivers striking

Although the specific demands depend on the organizing group, drivers are striking with the goal of getting better treatment and improving conditions.

For Rideshare Drivers United, they include having an elected driver representative added to the boards of Uber and Lyft, a 10% commission cap on driver earnings, introducing an hourly minimum wage similar to New York City’s, and a transparent and speedy appeals process for when drivers are de-activated. (Those are just a few of the desired protections, according to a driver bill of rights posted on Rideshare Drivers United’s website.)

Though both companies argue that their drivers are independent contractors, the truth is that their businesses are built on the backs of drivers.

That status means workers don’t get the same rights as employees, such as a minimum wage, overtime, workers’ compensation, unemployment insurance, paid sick leave or on-the-job expenses. Both companies have stated that their businesses would be “adversely affected” if drivers were classified as employees instead of contractors.

Meanwhile, the competition between the two, as well as smaller companies, has meant engaging in pricing wars. Uber and Lyft are bleeding money, and how much drivers make is the biggest cost they can control.

As tokens of goodwill, the companies have offered drivers who meet certain thresholds cash bonuses ahead of going public. But that hasn’t been enough to appease the broader pool of workers.

“With the IPO, Uber’s corporate owners are set to make billions, all while drivers are left in poverty and go bankrupt,” said Bhairavi Desai, executive director of the New York Taxi Workers Alliance, one of the organizations calling for drivers to strike, in a statement.

According to a recent study from Georgetown University’s Kalmanovitz Initiative for Labor and the Working Poor, which spent two years investigating the working conditions of 40 Uber drivers in the D.C. area, 33% took on debt that resulted from driving for Uber.

Another paper, released Tuesday by the Economic Policy Institute, found that Uber drivers earn the equivalent of $9.21 in hourly wages after factoring in commissions, fees and vehicle expenses as well as health insurance and other expenses.

What could the driver strike mean for Uber

The company’s ability to attract and retain drivers will continue to be important if it wants to keep customers happy with fast pickup times.

However, while Uber has worked to improve relations with drivers, the company stressed to investors in its S-1 that it “cannot assure our pricing model or strategies will be successful in attracting consumers and drivers.”

Sundararajan said he doesn’t expect that the strike ahead of the IPO will diminish investor demand. Most investors, he suggests, are already aware of the ongoing issues between Uber and its drivers.

However the issue could worsen after Uber investors, and executives, convert their rich-on-paper status to rich-in-the-real-world when the company goes public. Workers will continue to face an uncertain future, while Wall Street is sure to closely scrutinize driver costs.

For now, it’s unclear how many drivers will take part in the strikes, which are largely being planned and called for by local driver community and labor groups. Uber alone counted 3.9 million drivers around the world at the end of last year. What is clear is that this could be the largest driver protest in the United States yet, and a sign of what lies ahead for the company.