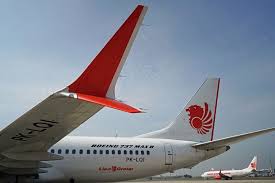 A new Boeing report says that the pilots followed guidance but couldn’t control the plain leading to its definite crash.

The Ethiopian Transportation Minister told reporters that the Ethiopian Airlines Flight 302 experienced “repetitive uncommanded aircraft nose-down conditions” before its crash. The implication was that even if the passenger jet’s so-called MCAS anti-stall software malfunctions due to erroneous data and pushes the nose down, the crew should still be able to save the plane – as happened on an earlier Lion Air flight.

It all started with a comforting message from the Boeing company, after the Lion Air crash, that “The 737 Max is as safe as any airplane that has ever flown the skies. This was good for passenger reassurance but Lion Air was furious that the manufacturer appeared to be casting doubt on its safety culture, but for everyone else it conveyed the idea that maybe Boeing was right about the 737 Max.

Things became a bit problematic after a second plane crashed in Ethiopia in similar circumstances. Of course the blame had to be put on the pilot again: why hadn’t he switch off the MCAS, which he surely knew about?

An initial answer came about on wednesday, citing people familiar with the crash investigation’s preliminary findings, in the Wall Street Journal (https://www.wsj.com/articles/ethiopian-airlines-pilots-initially-followed-boeings-required-emergency-steps-to-disable-737-max-system-11554263276) and it said that the Ethiopian Airlines pilot did manage to disable MCAS, at least temporarily, but was still unable to get the aircraft to climb again.

If that is correct, then Boeing and the U.S. regulators may have provided insufficient advice to pilots in their initial bulletin and were too hasty in pronouncing the aircraft safe. It would also increase the likelihood the manufacturer could be sued for damages. Before the Journal report, Bloomberg Intelligence put those costs at an estimated $1 billion.

Based on the what the Ethiopian Airlines are saying, that its crew had followed all the correct guidance to handle a difficult emergency, accident investigators are recommending Boeing review “the aircraft flight control system related to the flight controllability,” and that regulators ensure fixes are “adequately addressed” before returning the 737 MAX fleet to service.

It’s still a mystery as to why the crew couldn’t get the aircraft to climb. The MCAS eventually reactivated again, which forced the nose down even more. Again, it’s not clear why this happened. The Journal says the pilots switched it on, but a separate Reuters report says this may not have been intentional.

Problems with an automated system known as MCAS were reported in the Lion Air crash in October. The preliminary report in that incident described the pilots repeatedly fighting with MCAS as it repeatedly pushed the aircraft’s nose down, and ultimately drove it into ocean.

Ethiopia’s regulator is expected to release its initial report on the crash in coming days. Its counterparts in Canada, China, Europe and elsewhere were already expected scrutinize the findings, and Boeing’s proposed fixes, extremely carefully.

Together with the families of the 346 crash victims, they will now be watching like hawks.