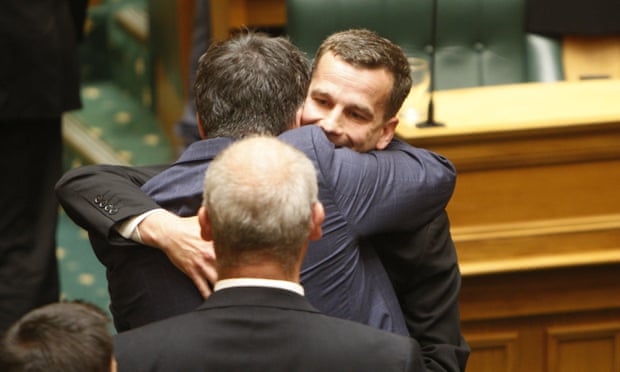 During the night of the 13th of October, New Zealand MPs voted to adopt the end of life choice bill despite any number of warnings that it is a dangerous piece of work. It is risky to disabled people and unsafe to all.

In 2016, Canada passed euthanasia legislation and a consortium of appalled disabled Canadians fought a desperate rearguard action to bring in a vulnerable person’s standard (VPS). We’d not need that sort of thing, I thought. Clearly I was complacent. Disabled Australians, Canadians and Americans are appalled at euthanasia bills while British, Irish and Scots are incandescent.

I feel betrayed by Parliament’s vote. Do we need something like a VPS here, for disabled New Zealanders I wonder?

Now all that stands between us and this bill is a referendum scheduled to coincide with our next general election, in 2020. Then there may be no way for the community of disabled people like me (25% of New Zealand’s population), to feel safe from wrongful death.

It doesn’t allow for a cooling-down period like Oregon or Victoria have. Safeguards are vague and lax. Worse still, there’s a sense that a certain level of wrongful death is acceptable.

Nearly 39,000 people wrote public submissions as the bill went through the parliamentary processes, and over 90% of them said: “No, no legalising euthanasia thanks.” From a total population of nearly 5 million, it was the largest number of submissions ever to any proposed New Zealand law. But even this clear response had painfully little impact on MPs, who seemed to respond to other stimuli or were mired in their individualistic tragedy narratives. The suffering they knew of somewhere else, the individual stories or the 10% who said “Yes change it” was much more important.

Yes, there are many individual stories both for and against this bill. All deserve respect because telling them takes effort. But there’s more to good law than basing it on individual stories. It’s about the collective impact on our community. It should be good, safe law for all. That’s what MPs are there to do but didn’t.

The question of the referendum is too vague

It’s to be hoped that the population at large can do a sound job, but that depends on the quality and range of information they get. MPs had a huge range of sound, factual information. But judging from their voting record, many clearly disregarded heaps of it. Instead leaving Janet and John Voter to do the work.

Who knows if they will get good information to enable choice. Maybe they’ll vote yes because they think this bill allows things that are already legal, like adequate pain relief. Polls on the issue show worrying levels of awareness. So I hope the information providers can do a great job for Janet and John Voter, who really need it.

I convene Not Dead Yet Aotearoa, the nationwide disabled-people-run network. We have opposed the legalisation of euthanasia for some years now. The opposition we express is consistently based on concerns that society is full of negative, biased and discriminatory attitudes and behaviours, so that people think disabled lives are less worthy. Given this attitude as a basis, the state provides really limited support for us to live well. So it’s disturbing when laws are put up that mean the state will provide the means to die, not live. But that’s where we are now. We aren’t dead yet and we don’t want state-sanctioned death support.