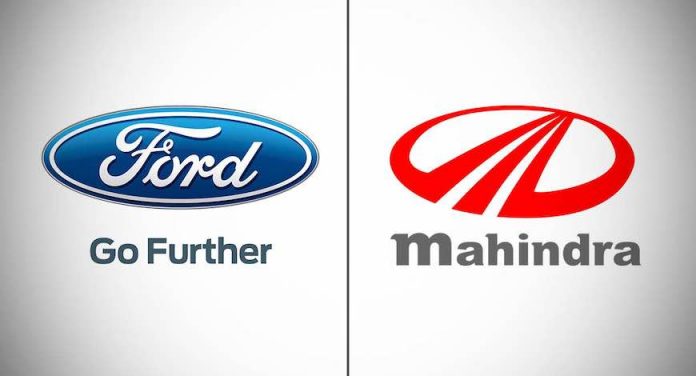 Ford Motor has agreed to sell 51% of its business in India to Mahindra & Mahindra, one of the largest auto manufacturers in the country.

The Dearborn automaker announced the sale Tuesday as part of a $275 million joint venture with the Mumbai-based company that will develop, market and distribute Ford brand vehicles in India and Ford brand and Mahindra brand vehicles in “high-growth emerging markets around the world,” according to Ford.

As part of the deal, Ford said it will transfer its India operations to the joint venture, including its personnel and assembly plants in Chennai and Sanand. The automaker will retain an engine plant in Sanand as well as the Global Business Services unit, Ford Credit and Ford Smart Mobility in the country.

Ford-Mahindra alliance is in the works

The tie-up is the latest for Ford under CEO and President Jim Hackett as part of an $11 billion restructuring plan. Others have included investing in startups such as Rivian, a Michigan-based electric vehicle manufacturer, and Volkswagen for all-electric and autonomous vehicles.

“Strong alliances like this play a crucial role in assuring we continue to achieve our vision while at the same time staying competitive and delivering value to our global stakeholders,” Hackett said in a release Tuesday.

The joint venture with Mahindra, according to Ford, is the next step in the strategic alliance forged between Ford and Mahindra in September 2017. It is expected to be operational by mid-2020, subject to regulatory approvals. The joint venture will be operationally managed by Mahindra, and its governance will be equally composed of representatives of Mahindra and Ford.

“Ford and Mahindra have a long history of working together, and we are proud to partner with them to grow the Ford brand in India. We remain deeply committed to our employees, dealers and suppliers, and this new era of collaboration will allow us to deliver more vehicles to consumers in this important market.”

said Bill Ford, executive chairman of Ford, in a release.

While the $20.7 billion Mahindra Group is best known in America for information technology services and tractors, the company is a major producer of vehicles in India.