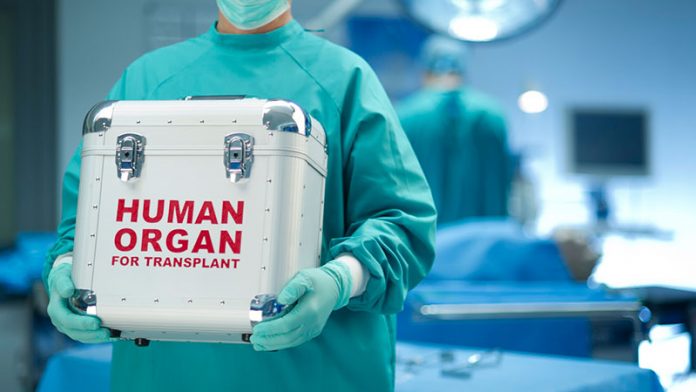 At 7:51 a.m. Tuesday, after a federal judge weighed in the night before, the national rules governing distribution of donated livers to dying patients became a bit more equitable. Or at least, that was the intent of the United Network for Organ Sharing, which began revising the system in 2012.

The new plan, years in the making, changes the system from one based on liver availability within 11 geographic regions to one that gives more weight to the medical status of the critically-ill patients waiting for transplant.

But major transplant centers in the South and Midwest have resisted the change, even filing a lawsuit in late April to block implementation.

A federal court in Atlanta granted a few weeks’ delay in late April, but late Monday night dismissed the plaintiffs’ request to keep the policy from taking effect. The transplant centers that sued — which include Emory University Hospital in Atlanta, Ga., Vanderbilt University Medical Center in Nashville, Tenn., and Indiana University Health — plan to continue their court challenge, even as the new policy goes into effect.

“This is good news for the sickest candidates waiting for livers. Targeting the livers towards those folks who are really the most critically ill will result in fewer people dying on the waiting list.”

says Brian Shepard, CEO of UNOS, which predicts 100 additional lives per year will be saved in the U.S.

But the benefits won’t be evenly spread.

Liver transplants – the “behind the scenes”

Karen Wells drove her husband from their home in Lexington, Tenn., to the busy emergency department at Vanderbilt University Medical Center in Nashville last March, praying for a miracle. He was so jaundiced he was almost unrecognizable.

“He was dark, very dark,” she says. “There was no whites to his eyes. They were orange.”

The doctors said it was time to make funeral arrangements. His first liver transplanted in 2013 was failing, and the only way he would survive was a second liver transplant.

“To get one, it’s a miracle, honestly. To get two?” Karen remembers thinking at the time. It was a long shot.

Surgeons remove a liver from a donor at Vanderbilt University Medical Center, which in 2018 performed 144 liver transplants, putting it among the busiest centers in the country.

But fortunately, Wells lives in Tennessee, where the waiting list is notably shorter than big cities on the coasts. Vanderbilt has 171 patients on its list. For comparison, the current waitlist for livers at the University of California’s San Francisco Medical Center numbers 761 patients. But both hospitals perform roughly 140 liver transplants each year.

Liver transplants were offered to the nearest patients

For decades, livers were mostly harvested and donated within the boundaries of 11 geographic regions – usually the recipient patient lived no more than a state or two away. But under the new rule, a liver must be matched with the most critically-ill patient within 500 nautical miles (575 miles). That means an organ donated in Lexington,Ky., could end up in Baltimore, Md.

That seems unfair to transplant centers in less populous places in the South and Midwest, where organ donation rates are higher. More people sign up to donate in those regions. But transplant experts also point out that residents of both regions are more likely to die in ways that allow their organs to be used, such as from a stroke.

Those old regional discrepancies meant some patients in high-population regions would have to wait longer for livers, getting sicker and closer to death in the process. In addition, patients with resources could game the system. When he needed a liver transplant, Apple founder Steve Jobs bought a house in Memphis so he could join the waiting list in Tennessee, which was shorter than the list in California.

According to one estimate from consulting firm Milliman, each liver transplant results in more than $800.000 in billed charges. If Vanderbilt, for instance, loses a considerable number of procedures due to the rule change, the hospital might have to downsize the program, says Dr. Seth Karp, Vanderbilt’s transplant director.

Karp doesn’t buy the reasoning that more lives will be saved. He predicts more livers will go to waste.

That’s because every minute counts when deciding where to send a liver, which can only last outside the body for 10-12 hours. More hospitals will now have to weigh in when a liver becomes available.

Is a donated organ for someone nearby, or for anyone who could use it?

Jeffrey Wells, the patient who was near death at Vanderbilt last year, benefited from the old system. Because Region 11 had a shorter waiting list compared to other parts of the country, he received a second liver transplant. But he still maintains that he supports the new rule.

“If I was a donor, I wouldn’t necessarily say if they don’t live in Tennessee, they’re not going to get my liver. If somebody’s dying, I’d be willing to give my organ to whoever it is, not matter where they live.”