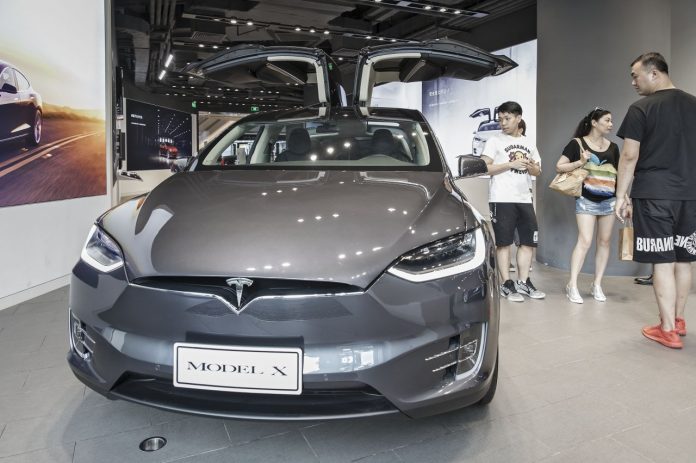 Tesla shares accelerated in the past week after being in reverse for most of the year.

The stock spiked 8% in the past five sessions, picking up speed on Friday as its upcoming stock and bond offering closed in on nearly a $3 billion capital raise. However, it remains 35% off its 52-week high and was down 2% in Monday’s premarket at $249.90 per share amid a broad sell-off for the market.

Tesla could be stuck in neutral for quite some time, Boris Schlossberg, managing director of BK Asset Management, told journalists.

“I’ve been skeptical of this stock from the $300s and I remain very skeptical,” “I still think it’s a very, very speculative long at this point, primarily because right now the investors have really stopped buying the Tesla dream and are starting really to focus on the Tesla reality.”

Schlossberg says that “reality” is focused on sales and execution, two areas in which Tesla often falls short.

“That’s where the company has really not been producing as well as I think the market wants to see. They certainly failed in Q1, they’re guiding higher for Q2 and we’ll see if indeed that will be the case, but overall they’re facing execution problems,” said Schlossberg.

Tesla delivered below the estimated analysts’ target of 76.000, putting out just 63,000 vehicles in the most recent quarter. Vehicle sales fell 41% quarter over quarter. In an earnings call in late April, CEO Elon Musk said a surge in delivery volume in Europe in the first quarter pushed deliveries into the second quarter, negatively affecting first-quarter net income. When reached for comment, a Tesla spokesperson made a reference to Musk’s recent comments on the post-earnings call.

“They’re going to be facing much better competitions, especially from VW, which is really going to ramp up its [electronic vehicle] business,” said Schlossberg. “VW especially is going to be a very formidable competitor for them so I think there’s a lot of problems on the horizon.”

Looking to the charts, Piper Jaffray chief market technician Craig Johnson says his foot is on the brake until a new trend emerges, for being in a downward trend ever since December 2018.

“We need to confirm the lower end of this range price. We also need to reverse that downtrend so until we can get a price above about $273, I’m not interested in the stock.”

However, one contrarian indicator has Johnson holding off on turning completely negative on the stock.

“Short interest level has been rising on here and that’s where a lot of investors have been speculating it will break the lower end of the range,” said Johnson. “I want to see that downtrend reversal as those short interest players have been wrong in the past.”

High levels of short interest have often occurred at troughs in the stock’s price. This is likely due to short squeezes where a move higher in price pushes short sellers to close out their positions, which then pump the shares higher again.