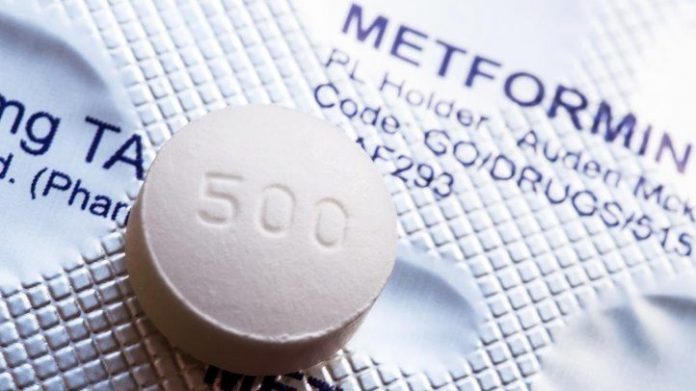 Metformin, a low-cost drug that has been dubbed a “miracle” because of its potential anti-aging properties, could also help people lose weight, according to a new study.

Researchers believe the drug – which is prescribed for pre-diabetics, diabetics, and off-label to people with PCOS – may also help patients who have lost large amounts of weight keep it off for the long term.

The study, published April 22 in Annals of Internal Medicine, compared the effects of metformin versus diet and exercise for weight loss and weight loss maintenance.

In a randomized controlled trial, researchers prescribed over 3,000 people who were obese, overweight, or who had elevated glucose levels a placebo, metformin, or intensive lifestyle intervention (ILS), which consisted of a regimented diet and exercise plan. Researchers then observed the participants over 15 years, looking at how much weight they lost in the first year of the study, as well as their abilities to maintain that weight loss over time.

The researchers defined long-term weight loss as at least 5% weight loss of the person’s baseline weight at their one-year checkup.

Despite their lower overall weight loss rates, people who took 850 mg of metformin twice daily were more likely to sustain weight loss over time than people who lost weight using the ILS method.

“People [doing ILS] weren’t showing enthusiasm for attending these lifestyle intervention sessions. Diet and exercise enthusiasm generally doesn’t last long,” Dr. Kishore M. Gadde, the lead study author, told INSIDER. “Taking a pill a day is a lot easier than going to diet and exercise for 15 years. Almost no one can achieve it.”

Metformin wasn’t helpful for everyone, but it did help some maintain weight loss

Gadde noted that the people who lost at least 5% weight and maintained that weight loss when using metformin was a relatively small group — only 28.5% of study participants — so despite the drug’s effectiveness for some, it didn’t offer benefits for everyone in the trial.

Metformin helped 28.5% of study participants lose at least 5% body weight and maintain a 2% weight loss over long periods of time.

“Maybe people who need to lose weight for health reasons can lose weight on a calorie-restricted diet over a 3-month period and then go to a primary care physician and be put on something like metformin to see if they can sustain that weight loss. That’d be a practical use for it,”

Is the research on metformin and weight loss solid?

There were some caveats to the study. Not all participants showed up to their annual check-ups, which left some holes in the data. Additionally, Gadde said some of the patients could have been taking higher doses of metformin than prescribed in the study, since researchers ultimately left it up to participants’ individual healthcare providers.

“[Some] people in the study had pre-diabetes and some developed diabetes eventually. Since metformin is a diabetes drug, they may have ended up taking extra metformin,” he said.

But the cost-effectiveness of metformin makes it an attractive option. A 30-day supply of 1.000 mg metformin tablets costs $4 at Walmart, for example, compared to the thousands of dollars other obesity medications cost annually.

“The sheer consistency of [metformin for weight management] surprised me. This needs to be followed up,”