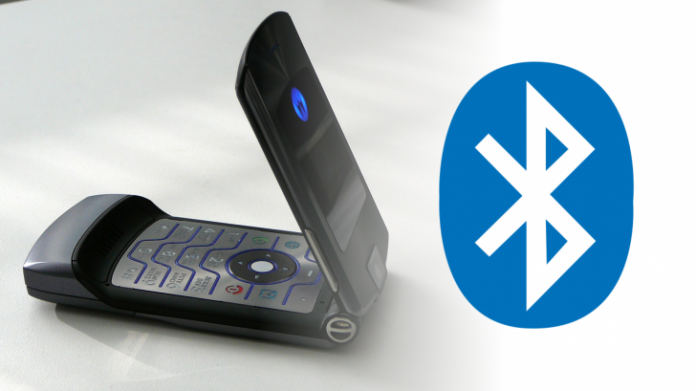 Motorola is reviving the iconic Moto Razr and is going to promote it as its first foldable smartphone against competitors like the Galaxy Fold, that’s been announced later this month, the Huawei Mate X, set to make it to the market later in the summer, or Xiaomi’s mystifying dual-folding smartphone.

A few months ago, the company hinted at the fact that it was going to align its efforts to the ones made by its competitors with similar concepts. Motorola hasn’t dropped any specifics on the new foldable smartphone, the leaked information in a certification by the Bluetooth Special Interest Group  just pointed at the Razr name and logo.

The Wall Street Journal was the one that reported from sources in February of Motorola’s purported plans to produce up to 200.000 folding phones, perhaps with the RAZR brand, for $1.500 apiece exclusively with Verizon. It was suggested that the phone could’ve been released that very month, but that obviously did not happen. Motorola, however, did later confirm that it was looking into producing foldable phones. In March, it was rumored that the device would adopt a clamshell design with a small secondary display for minor tasks — not up to the capability we see with the Samsung Galaxy Fold, which is on pre-order right now.

Catching up with another set of Motorola devices, we’re also seeing a series of five devices that have model numbers starting with “XT1970” being certified with Bluetooth 5 under the unified name of “motorola one vision.” The main differences between variants is whether they have one or two SIM slots and in which regions they’re meant to operate

The tech community pulse is indicating that there’s a whole lot of enthusiasm concerning this potential modern twist on the rebirth of the popular Motorola Razr.

The thing is that the new Razr phone is a mere rumour and all we have to work with right now are some listings pottent by My Smart Price under the name “motorola razr mobile phone for VZW carrier.” It’s listed with model number XT-2000 too.

What does that tell us? Like an FCC sighting, we often see phones stop through Bluetooth Launch Studio for qualification before being released.

Since there haven’t been Motorola Razr phones released in years, nor do we know of a Motorola phone under model XT2000, this certainly looks like a new Razr phone is incoming.

We also shouldn’t forget that Motorola essentially confirmed that it was working on a clamshell-like foldable and didn’t plan to be later to the foldable party than the rest of the industry.

The only thing that raises some questions is that mention of Verizon. It would not shock anyone in this industry if Verizon were to cook up an exclusive deal with Motorola to re-launch the Razr. Motorola and Verizon love exclusive deals involving the Razr brand that piss everyone off. With Verizon not getting its hands on the Samsung Galaxy Fold, they are going to want something foldable to sell.