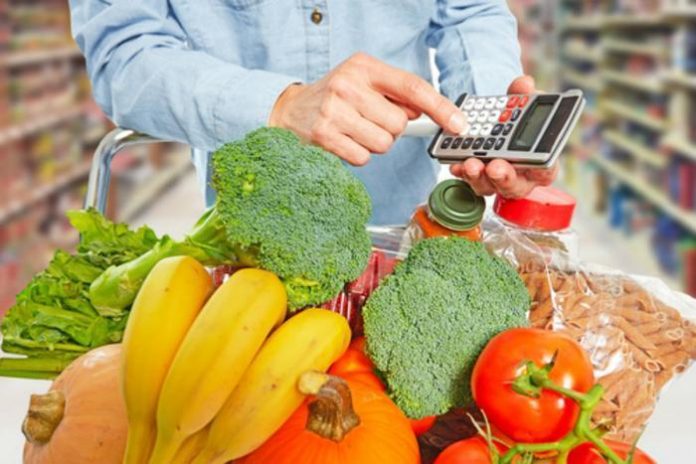 Every day, doctors write prescriptions for medications that will treat various ailments in their patients. Those prescriptions, though, come once the patient is already sick. In an effort to stop disease before it starts, some researchers are pushing for policies and programs that would let doctors prescribe healthy foods and insurers to cover them – actively helping patients shift to a health-promoting diet.

Researchers at Tufts University made the case that subsidized fruits and vegetables could prevent millions of cases of chronic diseases.Roughly 70% of diseases in the U.S. are chronic and lifestyle-driven, according to the CDC, and nearly half of the population has one or more chronic health conditions, such as diabetes, asthma, heart disease, obesity, or cancer.

It’s an expensive issue: 86% of annual healthcare costs in the U.S. are driven by chronic disease. Meanwhile, U.S. healthcare expenditures tripled in the last 50 years, from 5% of gross domestic product in 1960 to 17.9% in 2016, according to the CDC.

How did they conduct the experiment?

Using a nationally representative data set of US adults aged between 35 and 80 years, and a validated model, the team evaluated two scenarios: In the first, Medicare and Medicaid would cover 30% of the cost of purchases of only fruits and vegetables. The other model covered 30% of the cost of whole grains, nuts, seeds, seafood, and plant oils – in addition to fruits and vegetables.

The first incentive could prevent 1.93 million cardiovascular disease events, which could spiral into 350,000 deaths annually, say researchers. It would also save about $40 billion in healthcare costs.

Currently, 76% of traditional physician visits result in a prescription for a drug, adding another $3.3 trillion spent nationally on healthcare per year.

Food as medicine has been advocated across the healthcare and wellness industries. Last year, the 2018 Farm Bill included a $25 million Produce Prescription Program to fund pilot projects that institute healthier foods. Incorporating better foods is also a strong element of functional medicine, which pushes a more holistic approach to health and well-being.

Primary care startup Parsley Health, for example, advocates “prescriptions” for healthier foods (as well as yoga or meditation) in addition to relying on pharmaceuticals. It currently has three locations and plans to expand in the coming year.

“These food as medicine approaches are gaining real traction,” the study’s author Dariush Mozaffarian, dean of the Friedman School of Nutrition Science and Policy at Tufts University, tells Popular Sciencemagazine. “If pilot studies are implemented and work, there’s a very real chance you could in the near future go to the doctor, a doctor could write a prescription for food, and an insurance company will pay for part.”

“The fruit and vegetable program has been implemented through some nonprofit and private insurance programs, showing an increased intake of fruits and vegetables and an improvement in measurable outcomes such as [the ingestion of] glucose, cholesterol, and triglycerides,” Lee says. “However, programs like these have not been implemented at scale, nor evaluated for cost-effectiveness.”

Lee’s research is an early exploration of what happens when the federal government incentivizes diet on a mass scale. Across nations, healthcare spending is intrinsically linked to diet-related conditions like cardiovascular diseases, cancer, and type 2 diabetes. In the United States, healthcare expenditures have tripled over 50 years while at the same time, nutritional health remains suboptimal.