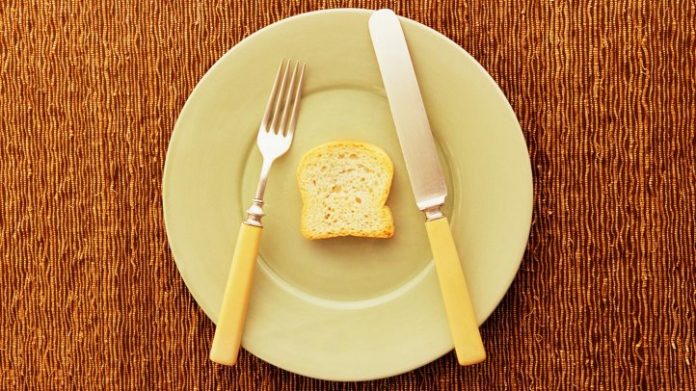 Low-carb diets like the ketogenic (keto) plan and Atkins (and some versions of Whole 30 and paleo) have gone viral after athletes like LeBron James and A-Rod, and celebrities like the Kardashians, Jennifer Lopez and Al Roker, have sworn that following low-carb, high-fat diets have helped them slim down. Keto is now an estimated $5 billion industry, according to Orian Research; Mordor Intelligence puts the number closer to $9.08 billion last year, expected to hit $12.35 billion in 2024. And “keto” was the most-searched “Diet” in Google’s 2018 Year in Search.

But a growing body of research suggests that you can have too little of a good thing.

In fact, about half of your daily calorie intake should come from carbs.

A new study being presented at the American College of Cardiology’s annual Scientific Session this month links going low-carb with a higher risk of atrial fibrillation (aka AFib), the most common heart rhythm disorder.

The study analyzed the health records of almost 14,000 people across two decades, and divided participants into low-carb (getting less than 44.8% of their calories from carbohydrates), moderate (between 44.8% and 52.4% of calories from carbs) and high-carb eaters (more than 52.4% of calories from carbs.) And the lowest carb consumers were 18% more likely to develop AFIB than moderate carb eaters — and 16% more likely to develop AFIB than even the highest carb eaters. (The Dietary Guidelines for Americans recommend that carbs comprise 45% to 65% of your total daily calories.)

This echoes a controversial report published in Lancet last year that found both low-carb and high-carb diets were linked with a higher risk of death.

And a European Society of Cardiology study last year declared, “low carbohydrate diets are unsafe and should not be recommended.” It analyzed data from almost 25,000 people in the U.S., and found those with the lowest carb intake had a 32% higher risk of all-cause death over those with the highest carb consumption, and the risks of death from coronary heart disease, cerebrovascular disease and cancer were increased by 51%, 50% and 35%, respectively, among the carb-cutters.

Now, none of these studies claim a direct cause-and-effect relationship between low-carb diets and AFib or an earlier death. They are not clinical trials. And the Lancet report relied on subjects self-reporting what they recalled eating over the past several years, which could be flawed.

But where low-carb diets can fall short over the long term – or any food plan that calls for eliminating an entire food group or severely limiting what you eat, for that matter – is creating nutrient deficiencies, or driving people to supplement the foods that they’re removing with something even less healthy or sustaining. For example, the new study linking low-carb diets with AFib suggested that many Americans who think going “low-carb” simply means eating more meat end up eating less vegetables, fruits and grains. The latter reduce inflammation, so cutting them out can increase inflammation, which has been linked with AFib.

A 2018 Chapel Hill study also found that women with low-carb intake were 30% more likely to have babies with birth defects, likely because they weren’t getting enough folic acid, which has been added to enriched grain products. Women in the low-carb category got less than half the folic acid as the women who didn’t restrict their carbs.

Going low-carb has also been shown to throw off electrolyte levels, which hurts heart health. The Lancet and European Society of Cardiology studies also noted that eating more animal protein, particularly red and processed meat, has also been linked with an increased risk of cancer.

It doesn’t matter how many carbs you eat; it’s about which ones

“The bottom line is to look at good carbs and bad carbs,” Dr. Mary Ann McLaughlin, a cardiologist at Mount Sinai Hospital, told MarketWatch. “Good carbs increase your fiber and lower blood sugar throughout the body, which is very important. Examples are your whole grains, fruits and vegetables; nuts and lentils and pumpkin seeds; and pure whole grains like quinoa and oatmeal. The bad carbs are generally refined or processed foods, like white bread and white rice that increase blood sugar levels and increase your risk of diabetes and abdominal fat.”

Carbs aren’t the devil; in fact, the sugars, starches and fiber are the body’s main source of energy, which is why endurance athletes like marathon runners “carbo-load” before a big race. So while trimming the refined carbs (like pastries and white pasta) can cut calories and reduce blood sugar, skipping out on all sources of healthy carbs and fiber can wind up starving your body of essential nutrients. “Nothing extreme is good; going too low-carb or too high-carb is never good. Everything in moderation,” Dr. Joe Lau, an American Heart Association volunteer expert, told MarketWatch.

He explained that the Mediterranean and DASH diets are the only two eating plans with enough evidence to show they reduce your risk of heart attack, stroke and metabolic syndrome. And they are not so much “diets” as they are guidelines that suggested trading red meat and saturated fats, processed foods and refined carbs for whole, unprocessed foods, particularly fruits, veggies and whole grains, as well as low-fat dairy products, nuts and legumes, lean proteins, and healthy omega-3 fatty acids like avocados and olive oil. The Endocrine Society also states that the Mediterranean and DASH diets have the greatest benefits for improving cardiovascular disease.

Plus, the World Health Organization also recommends eating more fiber – found in carb-happy whole grain cereals, pasta and bread, as well as nuts – to reduce the risk of heart disease and early death.

Here we have got very strong evidence that a high-fiber diet, which for the majority of people is at least high-ish in carbohydrates, has an enormous protective effect — a wide range of diseases including diabetes, cardiovascular disease and cancer benefit from a high-carbohydrate diet,” reads the report, which suggests that people eat 25 grams to 29 grams of fiber a day. (Most people across the world get less than 20 grams.) And those who hit the fiber requirements saw a 15% to 30% reduction in deaths from all causes.

“But we also need to talk about serving size,” said Dr. McLaughlin, as portion sizes have swelled in restaurants over the past 40 years, leading adults to consume an average of 300 more calories per day now than they did in 1985. She said that the next time you eat a bagel, “the portion size of a bagel is a quarter of a bagel – not the whole bagel. And if you are making a plate of food, half of that plate should be fruits and vegetables, and only a quarter should be your protein, with the other quarter your carbs.”

And which proteins you pack on in lieu of carbs is important too. For instance, last year’s Lancet study that suggested both low- and high-carb eaters were at a higher risk of death than moderate carb eaters found that not all low-carb diets are equal. Replacing the carbs by eating more animal-based proteins and fats from foods like beef, lamb, pork, chicken and cheese was associated with a greater risk of mortality, whereas swapping in more plant-based proteins and fats from vegetables, legumes and nuts was linked to lower mortality, instead.

“Think more about adding the good food,” and less about taking away “bad” food, Dr. McLaughlin said. “You might find that you get more filled up when you eat the greens on your plate, so you end up eating less of the carbs anyway.”